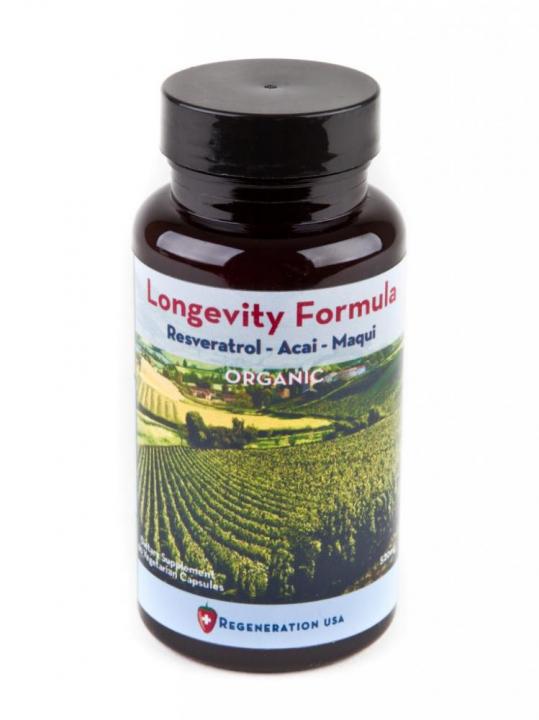 Resveratrol, the key ingredient in red wine, gained notoriety a few years ago after several animal studies found that it extends life. Since then, more than two dozen human studies have shown that the supplement improves health in many ways.

“Resveratrol is a very powerful activator of our genes, which determine sickness or health,” says Joseph Maroon, MD, team neurosurgeon to the Pittsburgh Steelers and author of “The Longevity Factor”: How Resveratrol and Red Wine Activate Genes for a Longer and Healthier Life.

Genes are not constantly active. “They sit there in our cells,” Maroon explains, “and do nothing until acted upon.” For example, if you eat a greasy burger, it triggers a mechanism that tells your genes to produce inflammatory agents. In contrast, if you eat a Mediterranean diet that includes plenty of fresh vegetables and healthy fats, it signals your genes to produce anti-inflammatory substances.

Just like a healthy diet, resveratrol activates genes in a positive way. More specifically, says Maroon, these are its key effects:

Resveratrol has an anti-inflammatory effect. In a year-long Spanish trial, researchers compared the effects of resveratrol, a placebo, and a grape supplement that didn’t contain resveratrol on 75 people at high risk for heart disease. In the study, published in The American Journal of Cardiology, those taking resveratrol reduced inflammation by 26 percent as measured with high-sensitivity C-reactive protein tests, a standard medical tool to gauge chronic inflammation. Other risk markers were also substantially reduced. Neither the grape supplement nor the placebo demonstrated any beneficial effects.

This and other research has found that resveratrol may also protect the heart in another way: By reducing the stickiness or viscosity of blood, which can lead to dangerous clots.

Several studies have found that in type 2 diabetics and other people with abnormalities in blood sugar or insulin, resveratrol helps to restore normal function, which is the key to preventing or treating diabetes. In one study, published in the British Journal of Nutrition, researchers concluded that resveratrol improves insulin sensitivity, which enables blood sugar to be utilized for energy rather than accumulating in the blood and damaging arteries. And the supplement doesn’t reduce blood sugar that is at healthy levels.

Animal studies found that resveratrol protects against growths that may develop into cancer, especially in the skin, colon, liver, and pancreas. And in cell studies, it has actually stopped the growth of cancer cells.

Resveratrol may enhance physical and mental performance, according to a study at Marywood University in Scranton, Pa.

In a group of 51 sedentary people, researchers compared the effects of a placebo versus a supplement with resveratrol, grape extract, and quercetin, taken for three months. The supplement helped the heart work more efficiently during exercise and improved verbal memory.

Studies show that resveratrol is a strong antioxidant, considered beneficial in protecting against premature aging and disease in general. In fruit flies, worms, fish, and mice, resveratrol has actually extended lifespan. Will it do the same for people? Because humans live much longer than the tested animals, it will take decades for scientists to reach a definitive conclusion. Meanwhile, human studies have shown that resveratrol supplements are safe and beneficial.

Lifepak Nano the most inclusive anti-aging multivitamin on the market that can be measured inside your body using laser light contains a high dose pharmaceutical grade resveratrol. Order it today!