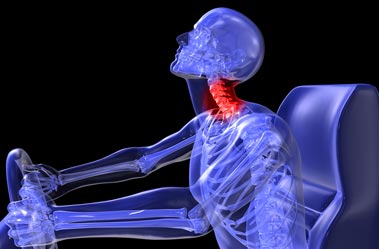 Now this is the technical summary for a research paper published in peer-reviewed scientific journal but you can handle it!

85.7% decrease in pain with spinal adjustments

25% decrease in pain with injection therapy

There is a large portion of the population who are dealing with various pain syndromes which includes neck pain from cervical disc herniations. According to Peterson, Schmid, Leemann, Anklin, and Humphreys (2013), this occurs in 83.2 out of every 100,000 people where symptoms range from mild to severe, but all negatively affect a person’s quality of life. To improve one’s quality of life, it becomes necessary to choose ways to manage and alleviate pain while reducing the side-effects of the actual treatment.  Common methods range from simple masking of symptoms with over-the-counter medications to prescription opiates and invasive surgeries.  Most people look for ways to manage pain and return to daily living activities without risky procedures and their inherent complications.

The use of over-the-counter medications and narcotics such as codeine and/or an oxycodone-acetaminophen combination like Percocet, is a common form of treatment by many primary care physicians and medical specialists alike.  Kuehn (2013) reported:

“The FDA is concerned about inappropriate use of [opioid pain medications], which has reached epidemic proportions in the United States,” said FDA Commissioner Margaret A. Hamburg, MD, during a press briefing in September.

There was a 300% increase in prescribing of opioid pain medications between 1999 and 2010, a period in which the number of painkiller overdose deaths among women increased 5-fold and the number of such overdose deaths among men increased 3.6 times, according to the Centers for Disease Control and Prevention (MMWR Morb Mortal Wkly Rep. 2013:62[26];537-542). In 2010 alone, more than 15,000 US deaths were attributed to drug overdoses, and of the 10,000 overdose deaths in which a drug was identified, nearly two-thirds involved opioid pain medications…

The announcement comes after growing calls for the agency to tighten restrictions on the use of these drugs. In July 2012, Physicians for Responsible Opioid Prescribing (PROP), a group that includes prominent specialists in addiction, public health, emergency medicine, and pain medicine, petitioned the FDA to change the labeling for this class of drugs to discourage inappropriate use (Kuehn BM.JAMA. 2012;308[12]:1194-1196). The group argued that the drugs’ indications were overly broad and not consistent with the evidence base and may have been facilitating marketing for broader use than was appropriate. Specifically, the group argued that the agency should drop moderate chronic non-cancer pain as an indication, set a maximum daily dose, and add a maximum duration of use of 90 days. (p. 1547).

The problem, as acknowledged by the FDA, is that the AMA and many in medical academia appear to concur with the addictive qualities of the medications. The alternative option is the chiropractic spinal adjustment and it has been concluded in scientific outcomes to be a superior avenue for the relief of pain and reduction of disability with few side effects.

The earlier discussed study by Peterson et al. (2013) has confirmed that spinal adjustments (manipulations) provide significant improvement for patients with neck pain from cervical herniated discs, as well as arm pain (cervical radiculopathy) without the inclusion of opiates or surgery. In addition, this improvement was seen at all times, particularly at 3 months. In addition, in this Swiss study, it was found that the presence of radiating arm pain (radiculopathy) was not a contraindication to chiropractic treatment nor was it a negative forecaster of outcomes.

Another form of treatment for neck and arm pain commonly used is cervical spinal injections. In the same study compares cervical injection provided a 25% reduction in patients’ symptoms. The results of this current study of spinal adjustment (manipulation) treatments had substantially better results with more than 85% of acute patients and 76% of sub-acute patient improving, with a 65% reduction in arm pain as well as 59% reduction in neck pain at three months.

Chiropractic is one of the safest treatments currently available in healthcare and when there is a treatment where the potential for benefits far outweighs any risk, it deserves serious consideration, particularly as a first line treatment. Whedon, Mackenzie, Phillips, and Lurie (2015) based their study on 6,669,603 subjects after the unqualified subjects had been removed from the study and accounted for 24,068,808 office visits. They concluded, “No mechanism by which SM [spinal manipulation] induces injury in normal healthy tissues has been identified” (Whedon et al., 2015, p. 265). One risk factor for chiropractic care is a disc herniation. A properly credentialed chiropractor who has been trained to differentially diagnose and appropriately triage the patient is clinically indicated in this population of patients. The chiropractor can engage in co-management with medical specialists.

To best serve patients, a clear understanding of the outcomes and risks of procedures becomes necessary. Further research into the efficacy of chiropractic manipulation provides a clearly safe and effective treatment to the above-referenced condition. Examination of the research provides insight of avenues for relief of symptoms upon which physicians can undoubtedly rely.

Share this on your social mediai sites, just copy and paste the URL above.